The Place of Stone: Dighton Rock and the Erasure of America’s Indigenous Past. By Douglas Hunter. Chapel Hill: The University of North Carolina Press, 2017. This review was recently published in The Public Historian Vol. 40 No. 2, (May 2018): 170-172. In the early nineteenth century, Joseph Smith claimed that he unearthed golden plates in a New York hillside that told the … END_OF_DOCUMENT_TOKEN_TO_BE_REPLACED

Dr. Williams (on the left) and me at the American Swedish Historical Museum. We are both pointing to the respective regions in Sweden to which we have familial ties. My great-great grandparents came to Minnesota in the 1880s.

As noted in a previous post, I invited Swedish runic scholar Henrik Williams to speak at a special event on November 14, 2016 at the University of Pennsylvania Museum of Archaeology and Anthropology. Dr. Williams is a professor of Scandinavian languages at Uppsala University in Sweden and the lead researcher for the American Association of Runic Studies (AARS), an organization committed to historically accurate, peer-reviewed, scientific analysis of runes and runic inscriptions. Henrik is also engaged in an educational partnership with the NFL’s Minnesota Vikings. Be sure to visit the team website for a series of articles and a video about accurate portrayals of Viking history.

Earlier in the day, I had the…

Last night I had the privilege of speaking at the Minnesota History Center in St. Paul Minnesota. It is the home of the Minnesota Historical Society. While I was researching for my book Myths of the Rune Stone Viking Martyrs and the Birthplace of America, I spent many days here reading newspaper microfilm and scores of other historical documents. The event had been scheduled to take place in a smaller seminar room, but they had to move it to the main auditorium because of the crowd (167 in attendance!) I think that Mike Mullen’s recent article in the Minneapolis City Pages generated a lot of interest. Many thanks to Danielle Dart, coordinator of public programs for lifelong learners, for making this event possible. You can listen to the podcast above.

Although I have given numerous presentations on the book since its release last October, I made a special effort to locate…

The "Why Myths Matter" forum is the second in a two-year series of forums dedicated to the theme of American myths. It is held on February 24, 2016 at the Arch Street UMC in Philadelphia PA. Click here to view information on the entire series. Speakers are listed below along with a guide to … END_OF_DOCUMENT_TOKEN_TO_BE_REPLACED

Why Myths Matter to Americans: A Round-Table Discussion w/Author David M. Krueger Wednesday, February 24, 2016 - 7:00-8:30 pm at Arch Street UMC: Philadelphia, PA DR. JON PAHL: the Peter Paul and Elizabeth Hagan Professor in the History of Christianity at The Lutheran Theological Seminary at Philadelphia. He is the author of Empire of Sacrifice: The … END_OF_DOCUMENT_TOKEN_TO_BE_REPLACED

Did Viking reach what is now Minnesota prior to the explorations of Christopher Columbus in 1492? We know for certain that Vikings did indeed spend time in North America around the year 1000. An archaeological site unearthed at L’Anse Aux Meadows  in Canada’s province of Newfoundland is proof. However, scores of Midwestern Americans have claimed that Vikings didn’t stop there. They assert that an inscribed artifact known as the Kensington Rune Stone proves that Scandinavians had reached the heart of the continent by 1362.

Although most professional geologists, linguists, and historians have concluded that the runic inscription is most likely a product of the nineteenth century, many Minnesotans have persisted in this belief. The faithful have frequently been portrayed by journalists, scholars, and filmmakers in a pejorative light. In the 1970s, a British TV producer, Brian Branston, spent time in Minnesota researching the popular enthusiasm for the Kensington Rune Stone. Here’s how he described believers in the artifact’s authenticity:

Last week, my family and I traveled to Minnesota for a combination book tour and vacation. Flying across the country with young kids is no easy feat, and it is important to make sure you have all the necessary supplies i.e. diapers, favorite toys, etc. I’m particularly grateful for the brick of wet wipes my wife stuffed in the diaper bag at the last minute. They came in handy cleaning up the mess from our one-year-old vomiting four times (yes, four times!) in the rented car seat. Although motion sickness is a common ailment afflicting my side of the family, I think it might have been exacerbated by an overindulgence of pizza and (slightly) expired birthday cake on the plane.  The day ended a bit more smoothly than it began as my wife and I were able to attend my twentieth-year college reunion. It was great to see many old friends and I was… 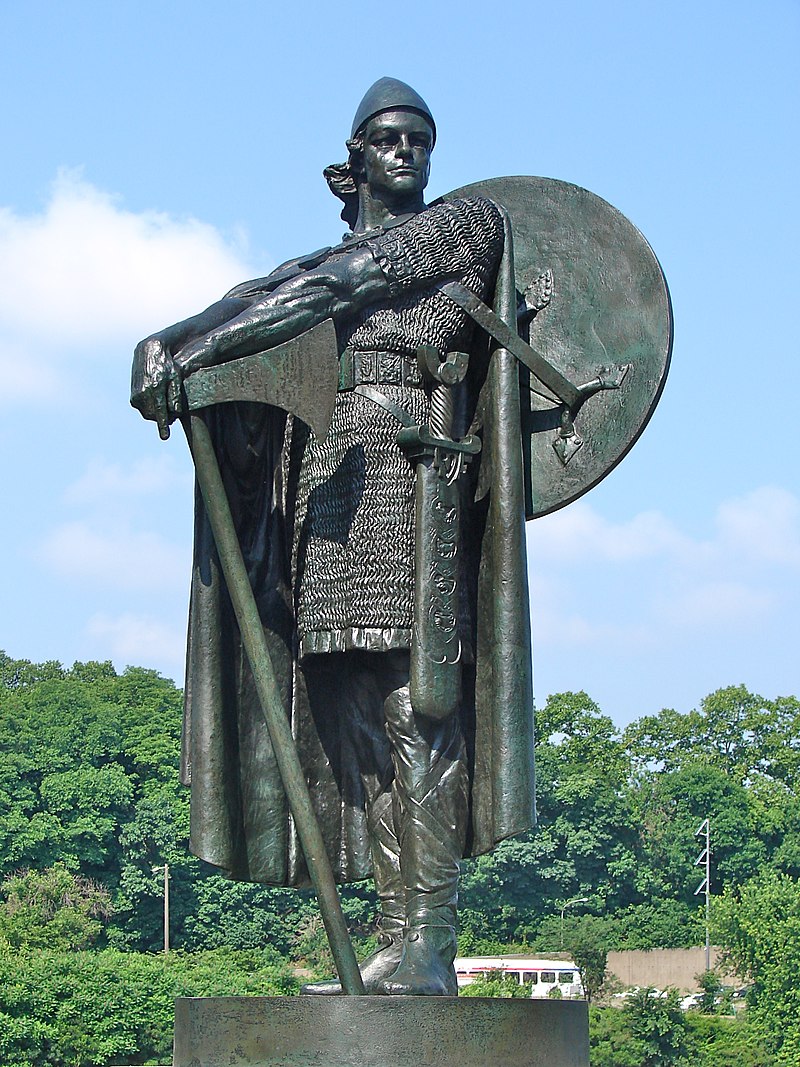 This is a time of year that Americans celebrate and sometimes debate who ought to be considered the first to “discover” America. Leif Eriksson Day is celebrated October 9 in reference to the date in 1825 that the first Norwegian immigrants arrived in the U.S. Columbus Day is celebrated October 12, the date that Columbus arrived in the Bahamas in 1492. Although Leif Eriksson and his fellow Vikings arrived in North America around the year 1000, it is Columbus Day that has reigned supreme as the time to mark the discovery of a new world.

The very notion of discovery is, of course, is fundamentally flawed because tens of millions of people already lived in the Americas before Eriksson and Columbus arrived. In recent years, there has been a growing political movement calling for the end to the civic celebrations of Columbus Day, particularly because of the growing awareness of the crimes Columbus…

Yesterday, the New York Times Magazine published the first of two articles written by famed Norwegian novelist Karl Ove Knausgaard. You can access the article here. Knausgaard gives an account of his North American adventures, which begin in L’Anse aux Meadows at the northeastern tip of Newfoundland. The Canadian locale is the site of the only known Viking settlement in North America and dates to the year 1000. Knausgaard tells us that his New York Times editor asked him to drive from Canada to Minnesota, where he could view the Kensington Rune Stone, an artifact which many believe to be proof that Vikings visited the region in the 14th century. Knausgaard somehow managed to lose his drivers license and was forced to find alternative means to continue his “tongue-in-cheek Tocqueville” sojourn across North America. By the end of this first article, he had made it as far as Detroit.

Among his many observations about American life, Knausgaard writes about the intersection of myth…