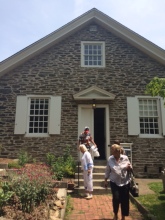 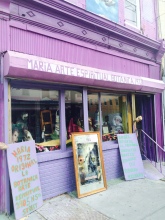 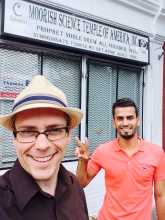 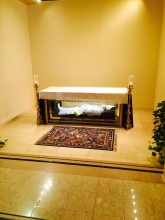 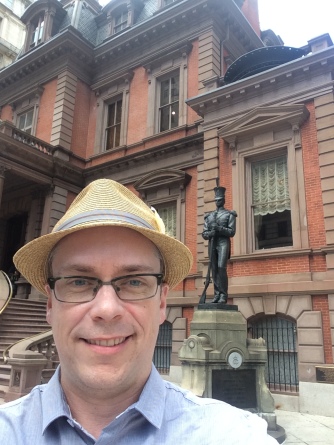 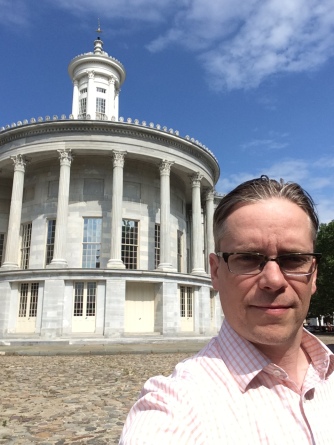 I offer guided tours of religious and historic sites around the city of Philadelphia. I have a PhD from Temple University and expertise in religion, history, and American culture. I have broad knowledge of the region’s history from the seventeenth century to the present. Just some of the tours currently available:

The United States has a complicated history in regards to the tolerance of religious diversity. On one hand, religious liberty and non-establishment are enshrined in the constitution. On the other hand, religious minorities have frequently been viewed with suspicion, and sometimes targeted by violence. From its founding, Penn’s colony was known for its wild religious diversity. Catholics, Jews, Quakers and other minorities found refuge here. While colonies like Massachusetts and Virginia required residents to adhere to only one religion, Pennsylvania permitted liberty of conscience. This tour will discuss Penn’s vision for toleration and the extent to which it became a lived reality. This walking tour will include visits to several historic churches and synagogues in Philadelphia’s Old City, including the site of the anti-Catholic riots of 1844. An optional visit to the U.S. Constitution Center can also be included.

This tour is an introduction to the history Philadelphia from the mid seventeenth century up to the time period when the city was the capitol of the United States during the 1790s. The persecuted Quaker William Penn arrived in 1682 and founded a colony dedicated to religious, economic, and political freedom. The city of Philadelphia grew rapidly during the 1700s and by the eve of the American Revolution, it was the largest English-speaking city in the world outside of London. This tour will give visitors an overview of the key sites and figures during the colonial, revolutionary, and early national periods. We will walk the same streets and visit some of the same buildings frequented by George Washington, Benjamin Franklin, Betsy Ross, and Richard Allen.

Reviews:
“Dave was very knowledgeable and very enthusiastic, keeping the group engaged and curious the entire time. Would definitely recommend Dave for other Philadelphia tours!” 7/16/2016

“David was an excellent docent. Very intelligent. His walk was very enjoyable. I would highly recommend David.” 6/22/2016

“David was very informative, thoughtful, and helpful. We enjoyed our time with him.” 5/3/2017

I am certified by the Association of Philadelphia Tour Guides. I have been featured on Raw Travel TV and the Travel Channel. For availability and pricing, please fill out the contact form below. You can also hire me through Context Tours and Tours By Locals.